Each participating artist will perform at BPPF 2022 on both Friday and Saturday nights. Each performance is inextricably linked to a projection on the dome, and the evening itself will be a continuous set of projections and performances. Only before and after will the performances be briefly framed. For the projections themselves, the artist will be in direct contact with the planetarium technician.

In addition to the performances on Friday and Saturday evening, we also provide a fringe program with the present artists throughout Brussels.
The evening prior to the Planetarium screening, an Open Mic will take place in collaboration with Speakeasy. All information about this event via: https://www.facebook.com/events/471983511120506
Sunday morning we will start with a breakfast reading at Replica Bookshop in Molenbeek. If the weather is nice this will take place outside on the terrace. More information: https://www.facebook.com/events/1041941133353349

This year’s invited artists are: 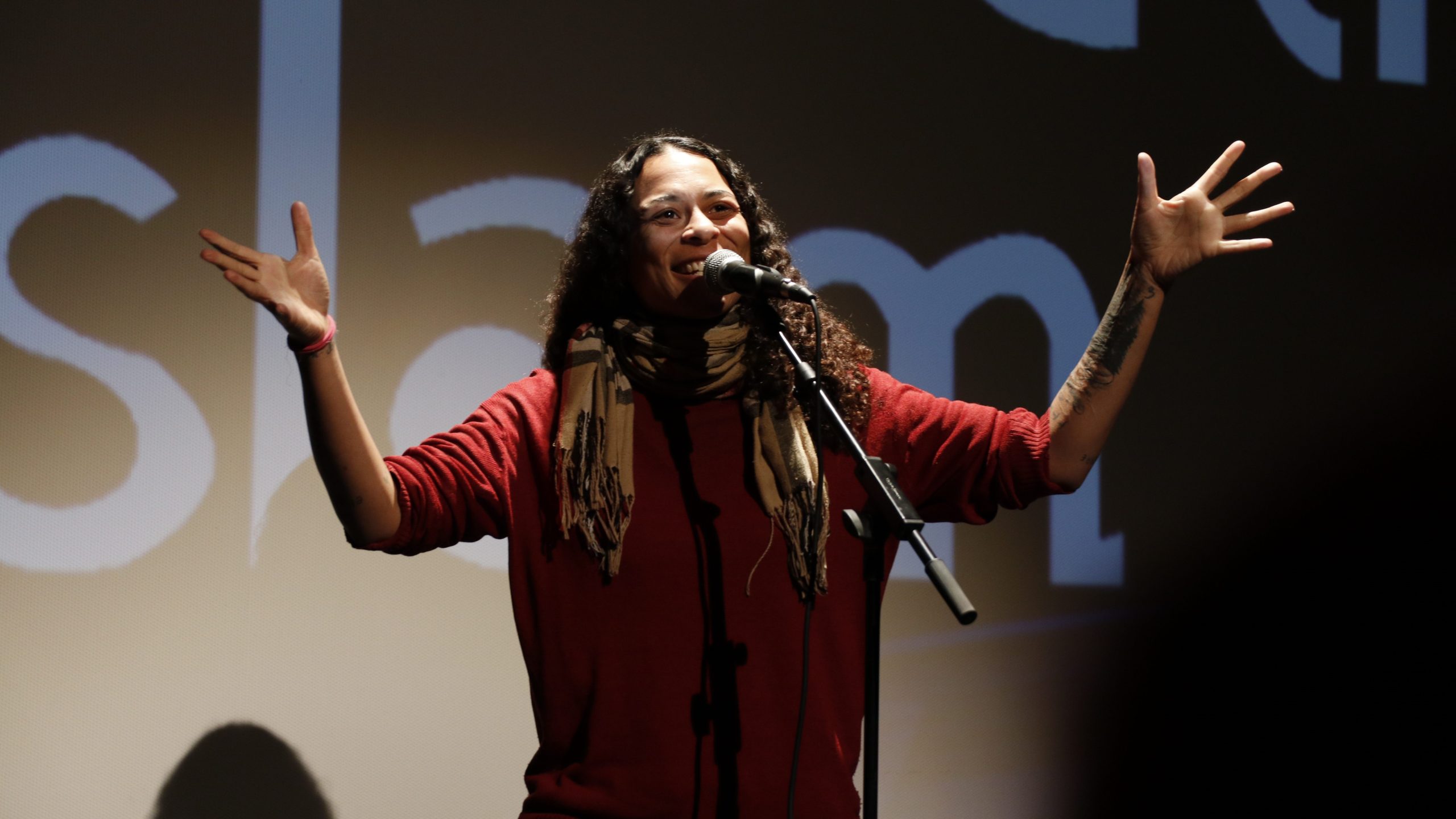 Marie Darah (°1989, Charleroi) is an artist living in Brussels.

They question equality and openness, to find a balance, create their own path, and struggle through it, understanding that they are in the middle of a traffic circle of intersectionality.

They only started slam poetry in 2019-2020 and became Belgian and European Poetry Slam 2021 champion upon first participation, followed by a whole string of invitations to international festivals. 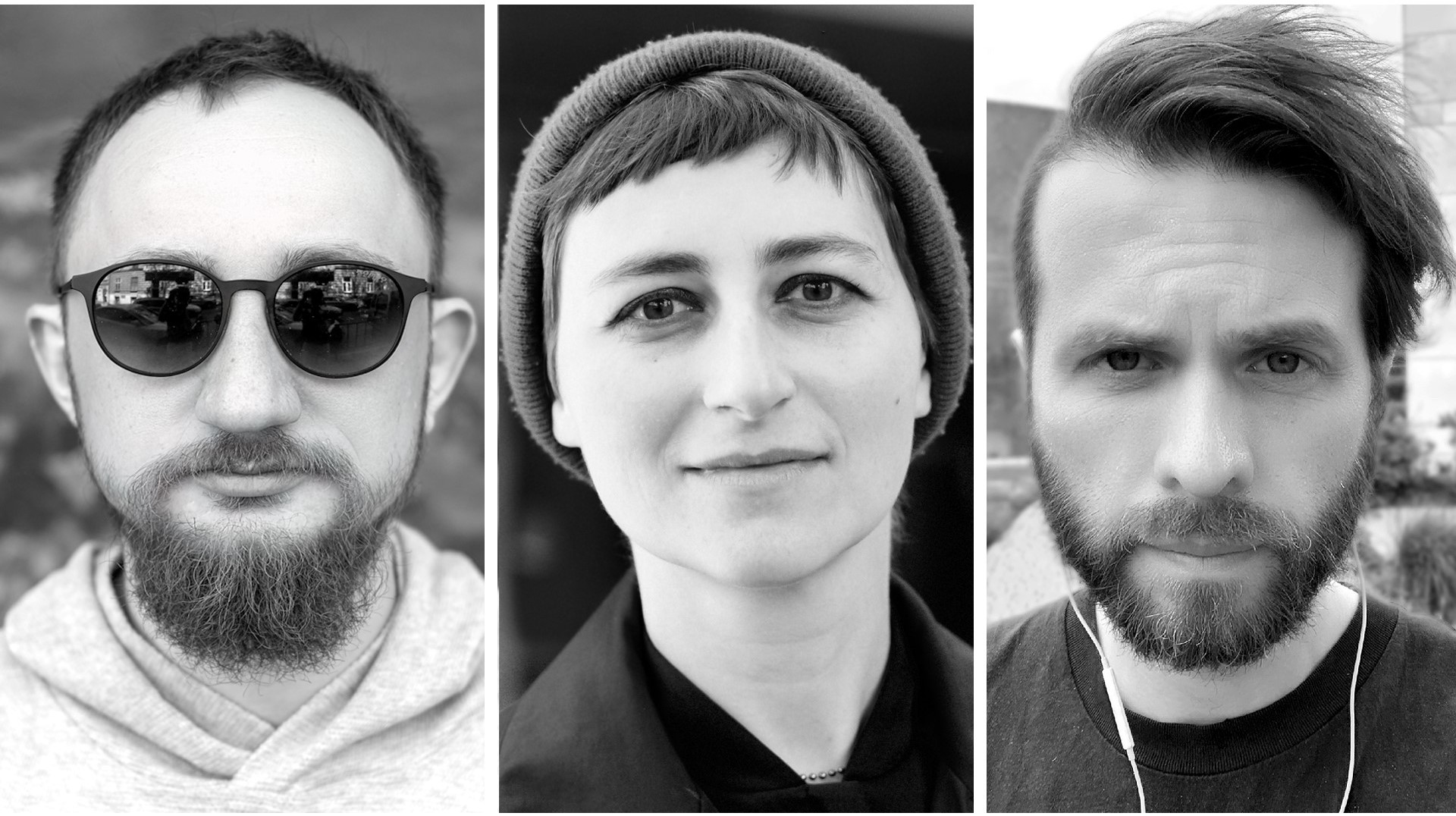 Crossing all language boundaries, this first Belgium appearance comes on the back of new single releases and award-winning poetry-music films. 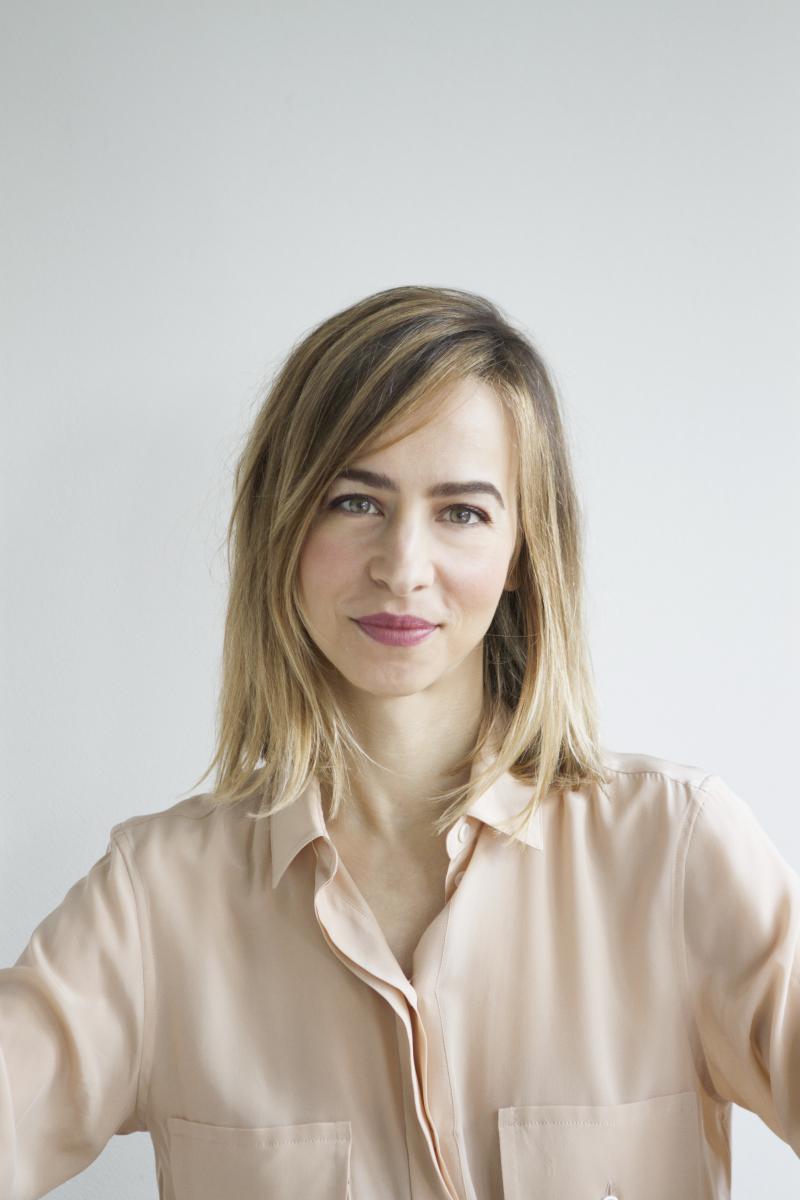 After winning the Miquel Martí i Pol Prize in 2000, coming second to the Grandalla Prize, and publishing her collection Com mesos de juny (As months of June), she has continued to publish poetry.

In 2010, her work 32 Vidres, muntatge poètico-teatral (32 Pieces of Glass: A Poetic-Theatrical Performance) premiered. In 2009 she received the FNAC Talent award and was artistic director of the international poetry festival “Barcelona Poesia”. Her first fictional work, the short story collection La senyoreta Keaton i altres bèsties (Miss Keaton and other beasts), winner of the 2016 Maria Àngels Anglada Prize, was described by The Guardian as “Tim Burton crossed with the Brothers Grimm”.

Loeke Vanhoutteghem (b. 1996, Kortrijk) is a visual and performing word artist.

She writes in different genres, ranging from poems to song and theater texts to challenging slam poetry. In 2020 she became West Flanders- and in 2021 Gent Poetry Slam Champion. In her visual and performative work, Loeke links her love for language and symbols to other media such as textiles and ceramics.

Loeke is connected to the Letterzettercollectief and Hiphop Academie De Stroate (both in Kortrijk). She studied comparative modern literature at the University of Ghent and then autonomous design at the KASK Ghent. 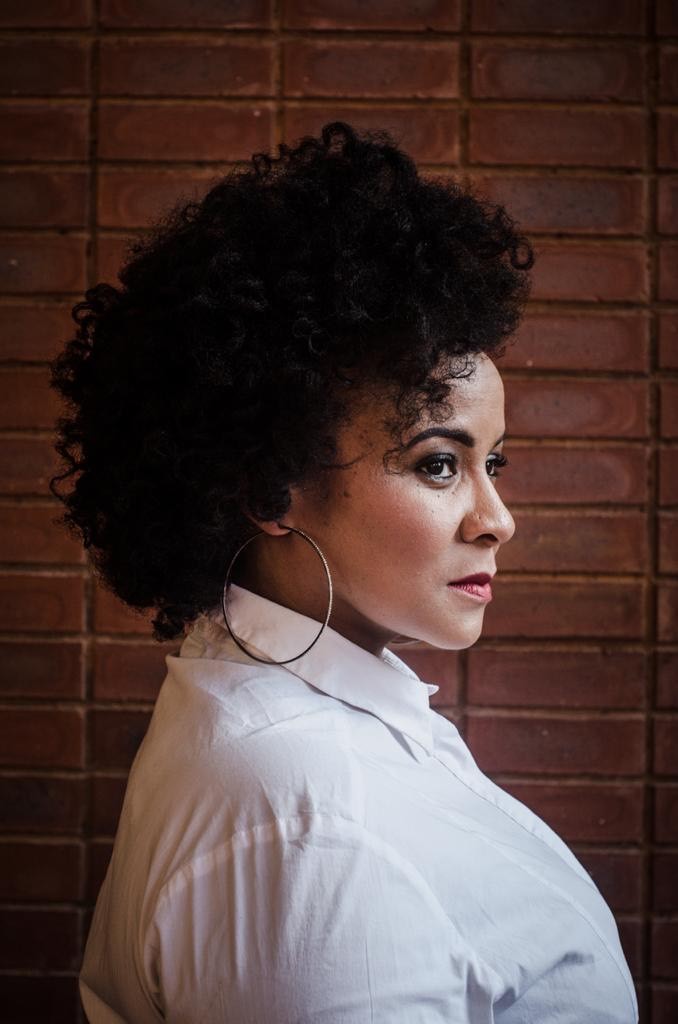 Lebogang Mashile (b. 1979) is a young performer, writer and facilitator born to exiled South African parents in the United States. She has lived, studied, learned and grown up in South Africa since her family returned home in 1994. Mashile studied law and international relations at Wits University.

Lebogang Mashile is one of South Africa’s leading poetry performers. Her publications and performances have had a decisive impact on the world of young female poetry.

Mashile uses a very powerful poetic language characterized by extraordinary musicality. In 2003, together with other South African poets, she founded the Feela Sistah! Spoken Word Collective. In 2004 she was nominated for the DaimlerChrysler South Africa Poetry Award and in 2006 she was awarded the Noma Award for Publishing in Africa. 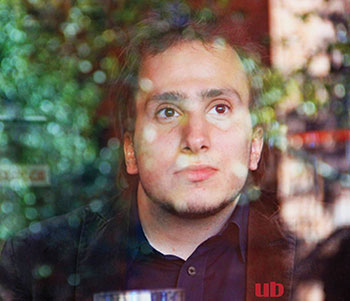 Taras Malkovych (Тарас Малкович) was born on January 15, 1988 in Kiev, Ukraine, the son of the well-known Ukrainian poet Ivan Malkovich. He has been a participant in several literary festivals and is editor of the anthology Snovydy.

His poems were published in English translation in 2017 by Underground Books in New York City under the title Name Over.

He currently lives in exile from Kiev and will provide a performance from afar for the BPPF. 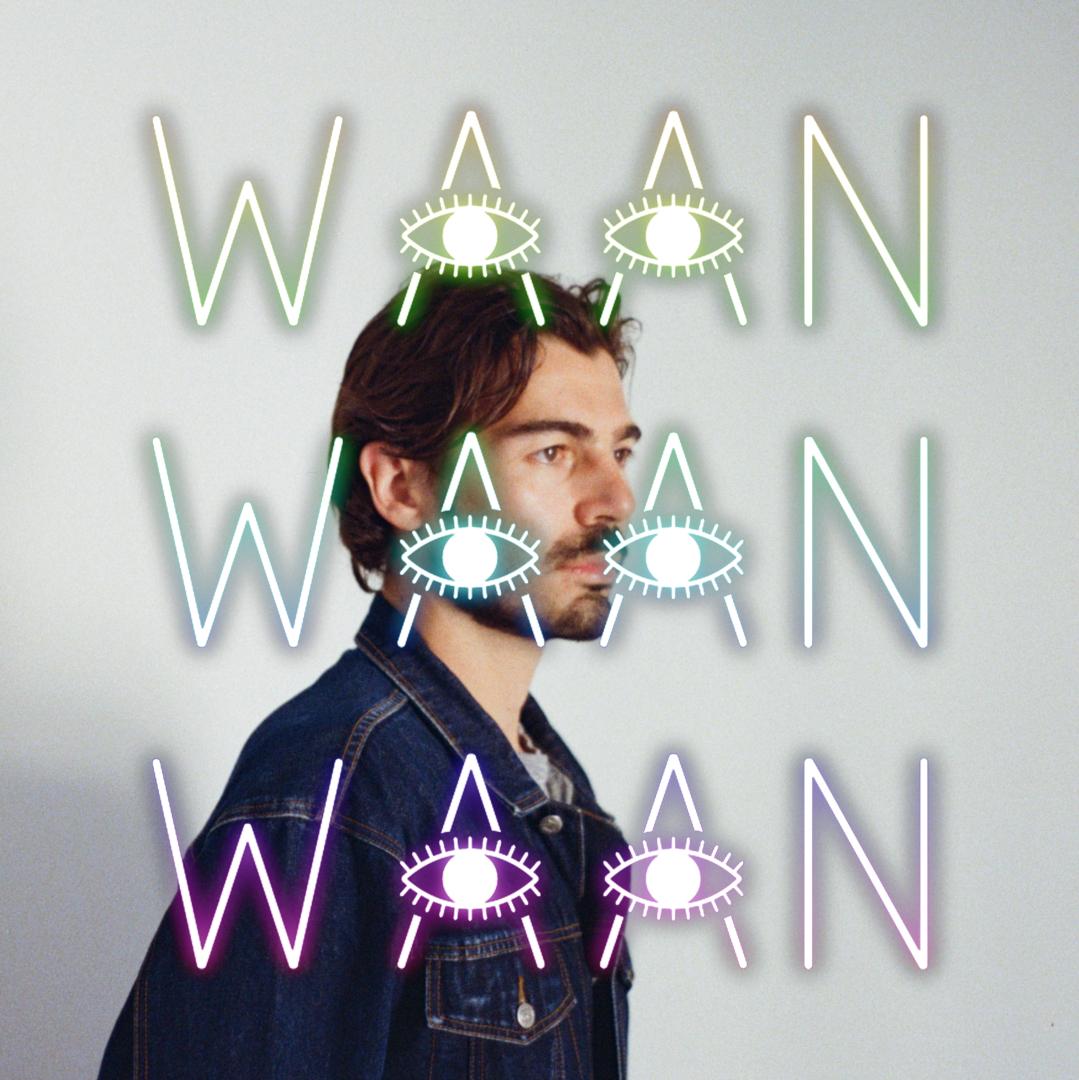 Waan is the musical project of Michiel Geluykens. Quirky Dutch lyrics are coupled with a groovy, hypnotic sound. Expect an atmospheric live show that is sometimes subdued but also energetically rocking.

Their song Heelal and its accompanying clip was an immediate hit with the programmers of BPPF. 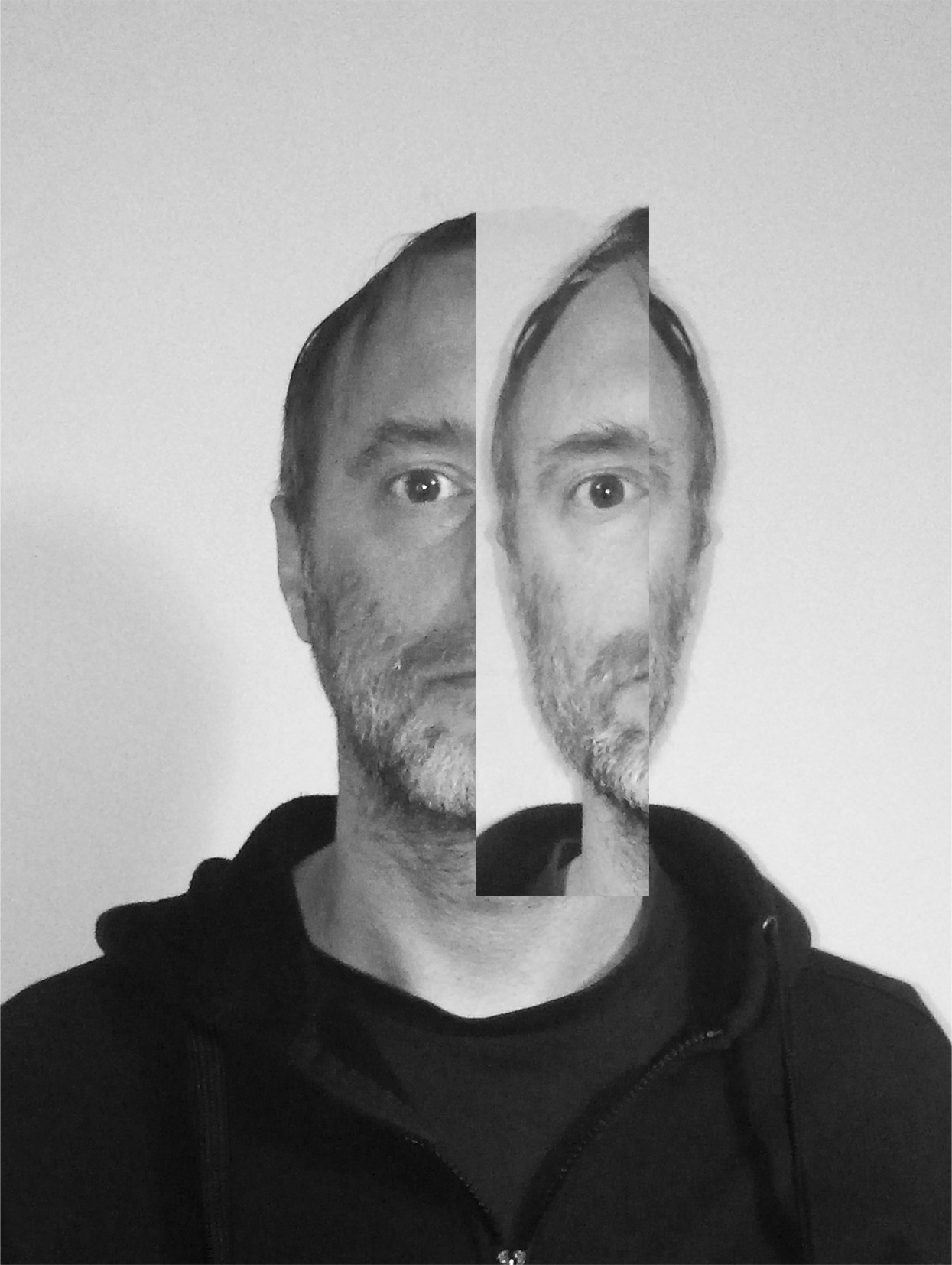 Frederic Lipczynski started painting as a self-taught artist. Between 2009 and 2012, he studied a bachelor’s degree in computer graphics. Since 2015, he has been taking painting, sculpture and drawing classes at the academy.

An artist who is very sensitive to Dadaism and its multiple facets. In 2020, he was selected to participate in the sculpture competition “Prix Louis Schmidt”. He has also illustrated several collections of poetry and will now, as one of our Open Call winners, create a projection for one of our participating artists. Who? Find out at the festival! 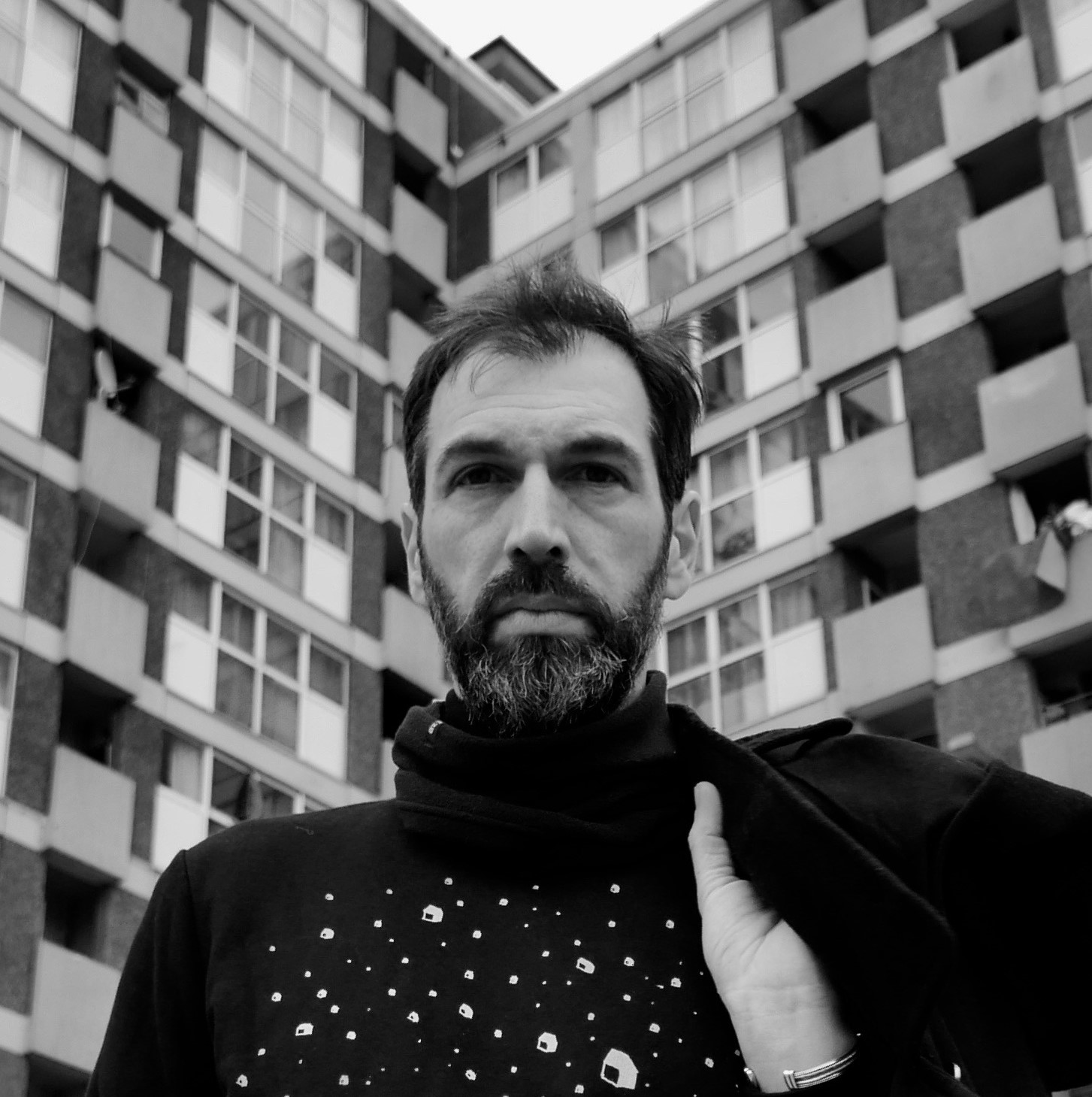 Xtof Calis is the solo project from musician and composer Christophe Calis (°1971, Ypres, Belgium). With laptop, synthesizers, guitar and his voice he creates contemplative and meditative atmospheres. His partly improvised and experimental soundscapes explore the concept of sound-becoming. Sound-becoming is an encouragement to let go the ego and fill the space with an adventurous universe of sound. His latest lyrics are spoken in his native language, Westflemish, a Dutch dialect. 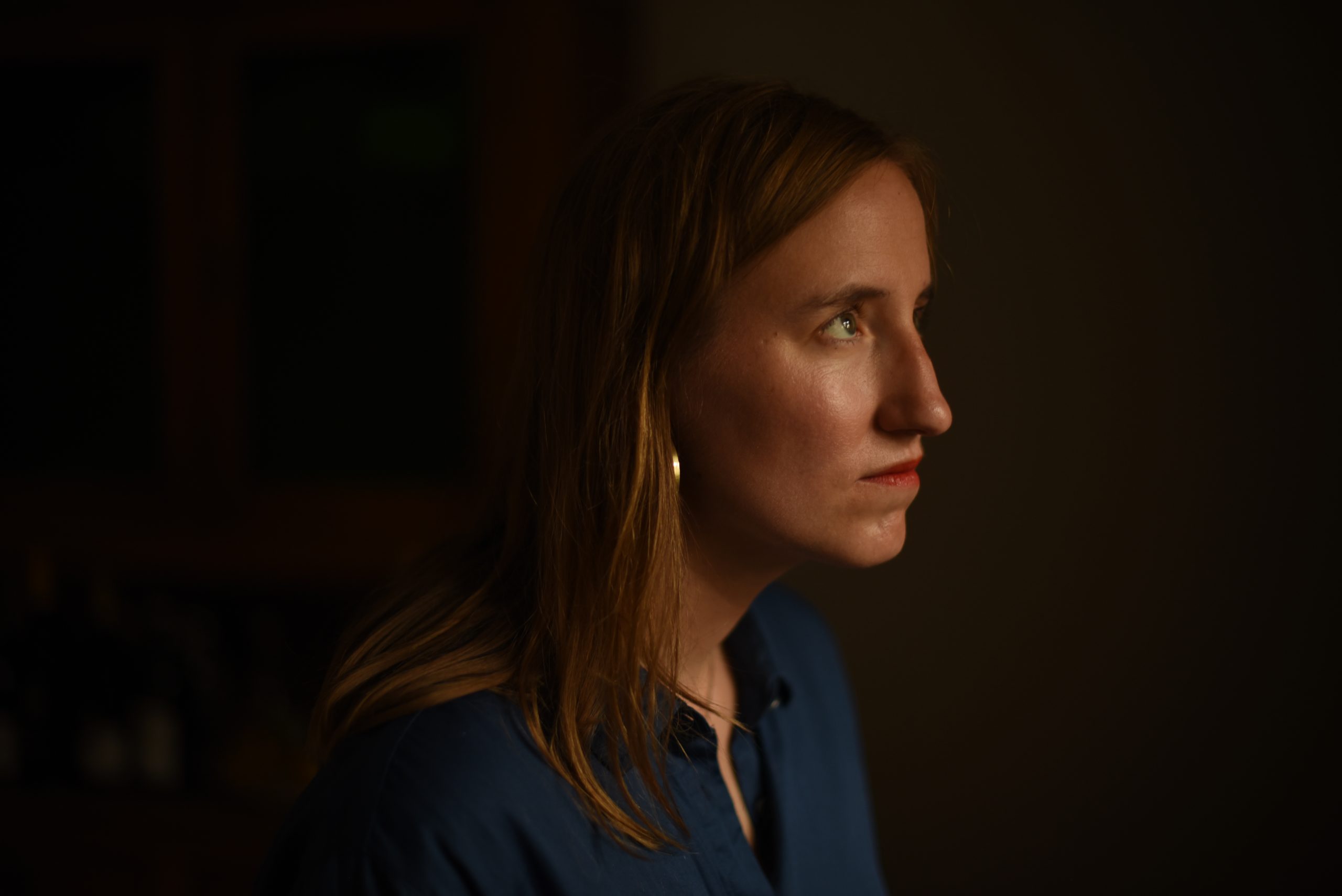 Lonsin is Brussels based artist, Annelies Lantsoght. She started making electronic dreampop in Rue de Loncin in Saint-Gilles. In August 2019 she recorded three demo songs with producer Ruben Lefever (Float Fall). On the 26th of February 2021 her debut single “Fearless” was released.

In her songs Lonsin explores how to be vulnerable in this loud world using electronic music and “noise” from Brussels to give her vulnerability some foundation.